In February 2018, GSU conducted a survey to learn about the experiences, needs, and priorities of graduate workers. The survey was designed by a group of graduate students and sent to all members of the bargaining unit, including non-GSU members. The results of the survey will be used to inform our direction and priorities in contract negotiation. It also represents a never-before-seen snapshot of what graduate education is like at Uchicago right now. It covers aspects of graduate life beyond work and pay, including housing, healthcare, parenting, harassment, working conditions and more. Designing a survey on this scale and analyzing the results has been a long and careful process undertaken by highly skilled members. GSU thanks them for their labor.

While we fight for the chance to negotiate a contract with the administration, we are releasing some particularly salient responses to survey questions, which provide striking insight into the lives, struggles, and concerns of graduate workers at UChicago today. We conducted this survey with careful confidentiality protections. All quotes are anonymized, and we have received consent from everyone quoted to confirm that we may use their words.

The bargaining survey team, alongside the communications team, assembled the following final report of the data collected: Survey Final Report 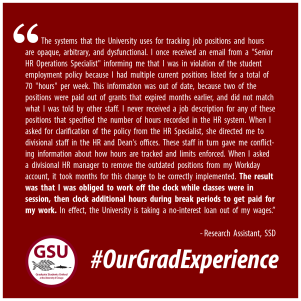 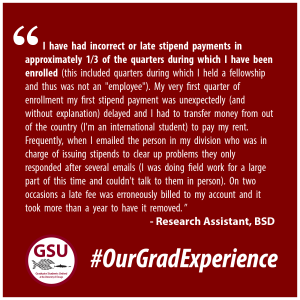 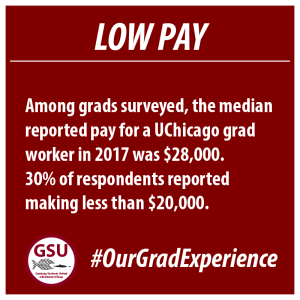 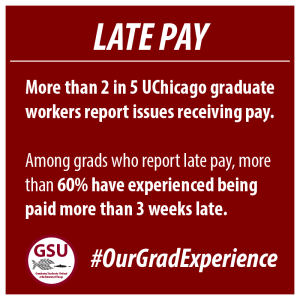 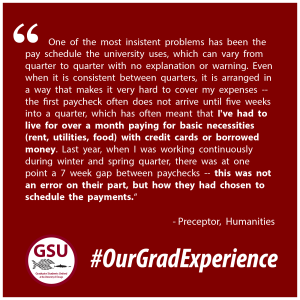 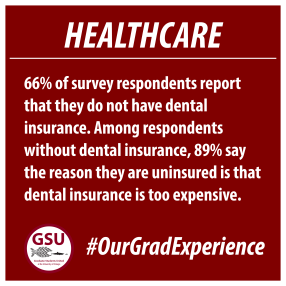 In the spring and summer of 2018, the university conducted its own survey of graduate students at the University of Chicago, overseen by the Graduate Experience Committee. The Graduate Experience Committee was charged by the provost with reporting on the state of graduate education at the university for the first time since 1982. Although graduate workers were repeatedly assured that the administration’s decision to survey the state of graduate education was not about unionization, all of GSU’s attempts to request the university open dialogue with GSU has directed individual members to GEC.  Although GSU’s survey and the GEC survey had different survey populations (the GEC survey included graduate students in the professional schools and in Masters programs), GSU found it illuminating to consider the questions and concerns GSU members had versus the questions and concerns the provost’s office considers important. 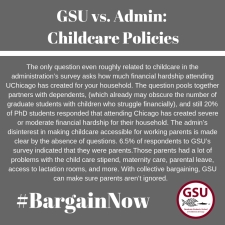 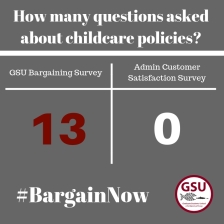 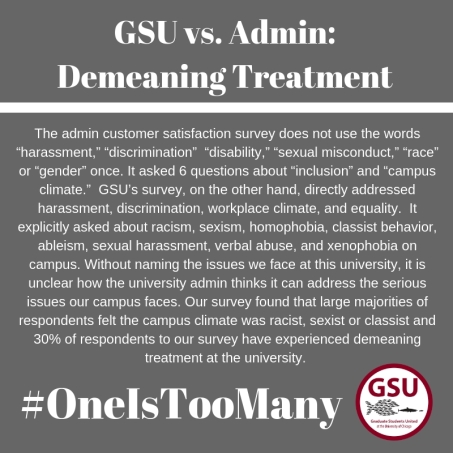 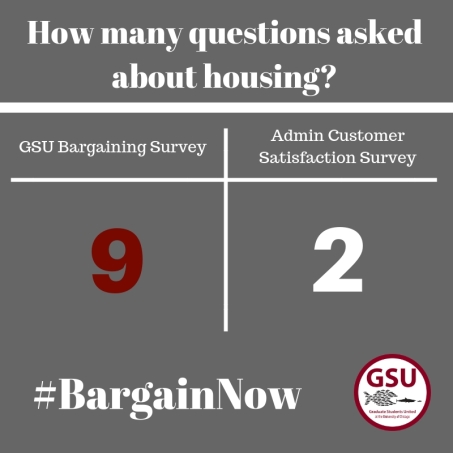 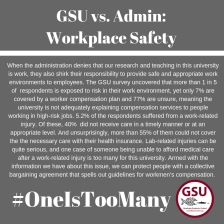